So….the plan was to write a daily blog during the Fringe, telling you all about the ups and downs, how amazing I am, what i ate, show you how great I look etc etc etc. Turns out doing the Fringe is fucking exhausting so that didn’t happen. Here’s a quick summary:

Nah seriously, do it. It’s the most amazing thing I’ve ever done. I can’t believe I did it either. I mean, fucking hell. The Fringe?! The actual  Edinburgh Fringe Festival. Like…I only started acting 3 years ago just for something to do, and look at me now. Fucking hell. Who would have thought? Who even…what?! NO! Whaaaaat!!

I’ve been taking a wee post show break because I’m shattered, but I’m going to start work on the redraft, expand the show to a full length piece and then see what happenes.Oh, and start work on next year’s show.

Here’s some pictures. Look how amazing my hair is. I’m amazing. 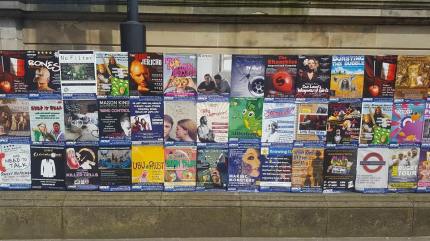 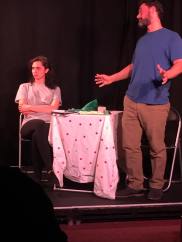